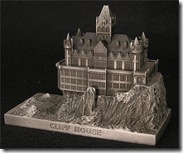 Atop the cliffs of foggy Ocean Beach sits the Cliff House, a structure that has been there in one form or another for nearly 150 years. The Cliff House changed in its form drastically in 1896 (two years after the original burned down) from being a small modest structure to an 8-story Victorian palace. The Victorian Cliff House, or sometimes referred to as “the Gingerbread Palace”, only stood on the precipice of Ocean Beach until 1907 when it too burned to the ground. 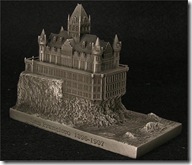 The story of the Cliff House began in 1863 when John Buckley and C.C. Butler built the first house. This building was home to a restaurant with majestic views including the Seal Rocks where large populations of sea lions would gather. In 1868 two wings were added to the Cliff House making it three times its original size. The allure of this unique structure brought in presidents and famous entrepreneurs as well as some insalubrious characters. The negative aspects of 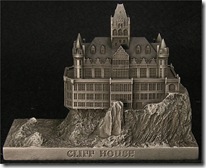 The following year Sutro moved forward with plans for a new Cliff House, one that would bring even more attention to the San Francisco attraction. Architects Lemme & Colley designed an 8 floor Victorian style House that in comparison to its predecessor was utterly massive. The house was finished and opened in 1896 as well as Sutro Baths, 7 large indoor pools that could be seen from the Cliff House. Adolph Sutro had established the area as a San Francisco landmark and did so even more by opening his home and gardens to the public at Sutro Heights, which overlooked the Cliff House and surrounding areas. 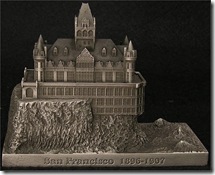 This new Cliff House featured an observation tower, 20 private lunchrooms, a large dinning hall, an art gallery, shopping areas, bar and panoramic views from its parlors. Sutro also created his own streetcar and railroad that made it very easy for the people of San Francisco to visit this magic setting. Adolph Sutro died in 1898; only two years after the 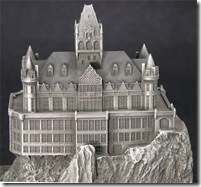 Cliff House had opened. An earthquake in 1906 inflicted only minor damage to the house and it was to be remodeled, but instead it burned to the ground a year later.

The Cliff House would be revived once more in 1909 where this time it was built in a neoclassical design. This house is still perched on the cliff today as a restaurant and famous San Franciscan landmark. It has recently been renovated and reconstructed to preserve its 1909 design. 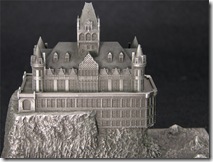 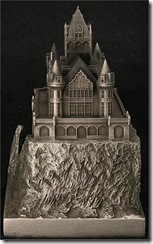 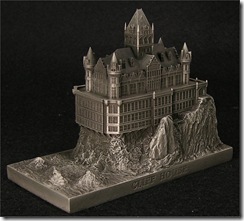 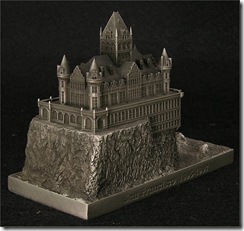 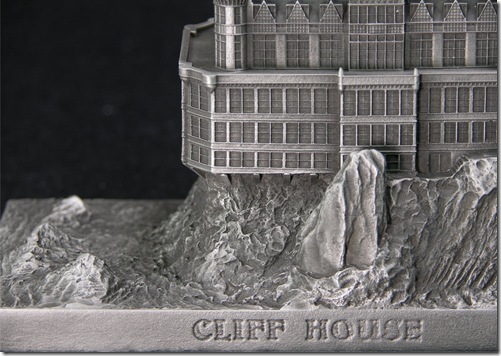