The southeast corner of Madison and Clark Streets in Chicago, Illinois once bordered a classic structure that was considered “World’s Tallest Hotel”. This hotel was the Morrison, a 526-foot brick red colored building with 45 floors and 2,500 rooms. The Morrison Hotel was designed by architects Holabird & Roche, the

same designers responsible for the Chicago Temple and the original Soldier Field.

The Morrison didn’t start out as a massive high-rise hotel in the Loop of Chicago, but rather as a 4-story structure in the late 1800’s. The Morrison Hotel quickly expanded to 8-stories as business picked up in the area. The Hotel’s expansion became a common theme as the property was bought and the original hotel was demolished to make way for the first phase of the development of a much larger building. The first section was built in 1913 with a total of 519 rooms with each one containing its own bathroom, a feature not very common during this era.

Two more areas of expansion occurred in 1916 and 1925, but the most significant addition was the tower in 1927. Morrison Hotel’s tower raised the building to skyscraper status and was the first building outside of New York City to  have over 40 floors.

This beaux-arts beauty didn’t stand very long due to more hotels being built around the area in the 50’s and 60’s making the Morrison a gradually failing business. The end came in 1965 when the Morrison was demolished to make way for the Chase Tower. The demolition was the tallest wrecking job ever at that time and the Morrison Hotel

was the tallest building demolished outside of New York City.

The Morrison Hotel grew from a small 4-story building into an enormous structure, but it was planned to be even larger. The original tower faced Clark Street and there were plans to add an additional tower to the Madison Street side that would have expanded the hotel by 400 more rooms. 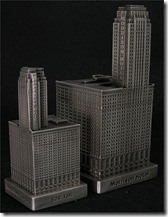 The stock market crash and following Depression buried these plans, but would have made for a pretty interesting skyscraper. 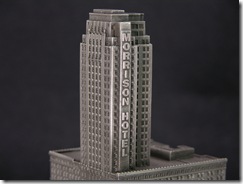 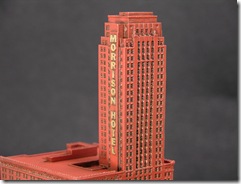