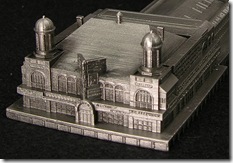 “The Showplace of the Nation” was once one of the most sought after vacation spots in the country and a hub for showcasing entertainment. The actual name of this fabled area is the Steel Pier. The Steel Pier opened on June 18th, 1898 in Atlantic City, New Jersey, but there had been previous piers residing in that spot that had either burned down or fallen apart. This early amusement park stretched over 1,600 feet long and featured a casino, a dance pavilion with a band shell, an aquarium, and a sun parlor with a fishing deck. 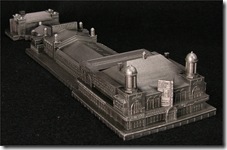 You may wonder how such an attraction would be found in Atlantic City and the answer lies with a man named Dr. Jonathan Pitney. Dr. Pitney was a landowner who believed that there could be a seaside resort fit for any class of people and that it would be easily accessible. The Camden & Atlantic Railroad was built to bring in people from Philadelphia and the name Atlantic City was conceived by Pitney’s civil engineer, Richard Osborne. Atlantic City was becoming a tourist attraction as well as a permanent home 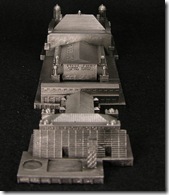 to many and later railroad travel would expand to all the surrounding major cities.  Early on there weren’t any boardwalks and many hotels in the area were complaining of sand being brought into their lobbies. The solution was to build temporary walkways made of wooden boards placed on pillars that could be moved with the tides. Eventually, the boardwalk caught on and vendors started setting up on them and they themselves became an attraction. This also led to building piers out from the boardwalk into the ocean for more added seaside attractions. 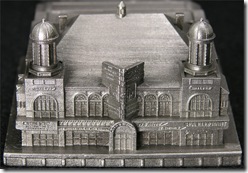 The Pier was considered “A Vacation in Itself” and it really became a highly desirable location during the 1930’s when you could pay one admission price and enjoy everything the pier had to offer without ever spending another penny. Over the years the pier had changed considerably in appearance with more signs and billboards replacing the original exterior. The Steel Pier saw a decline in tourism once air travel became more affordable but the pier still thrived for a while. A fire in 1969 caused the  pier to lose much of its length and then it eventually closed in 1976. In 1982 a fire destroyed the pier and its steel foundation bringing about an end to the original steel pier. The Pier was rebuilt in 1993 by Donald Trump as a concrete structure with many rides and attractions and even featured the Diving Horses for a short time. Currently the pier is in plans to be redeveloped as retail and entertainment attractions as well as condominiums.

In honor of such an important landmark to Atlantic City as well as the country, we created a replica that hopefully captures the nostalgia of Steel Pier in its heyday. This massive model stretches 11-½ inches long and almost 3 inches wide for the large version and the small version is exactly half this size (5-3/4” X 1-1/2”). The Steel Pier replica building features many signs and billboards and also the pool area where the diving horse performed. 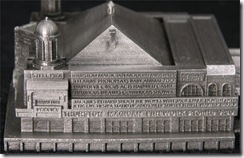 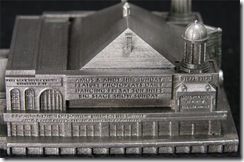 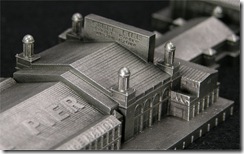