In the early part of the 20th century, a Union Terminal was proposed but then delayed

due to many factors including World War I. The architects for the building were Alfred T. Fellheimer and Steward Wagner along with Paul Philippe Cret and Roland Wank who brought along the idea of an art deco design. Construction started in 1929 and was completed in 1933. Union Terminal found success early on, especially with transferring soldiers during World War II, but business declined in the 1950’s with airlines and interstates expanding around the country. 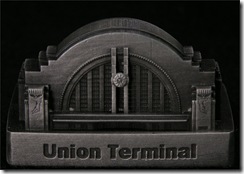 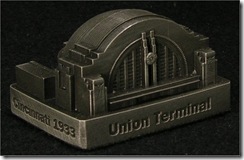