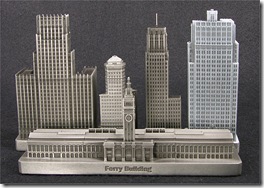 After looking over our souvenir buildings of San Francisco, we decided to make some more additions, specifically some of the early 20th century skyscrapers. San Francisco had a much different skyline back then, where two buildings shared the city’s tallest title at 435’ tall, the Russ and PacBell Buildings. Without the 700’ and 800’ skyscrapers of today’s San Francisco, smaller buildings such as the Hobart and Shell Buildings were more easily recognizable and admired. Another addition to this great miniature skyline is also the Ferry Building, a longtime landmark that can be seen looking down Market Street. With all of these new additions, the miniature San Francisco skyline can truly be represented on any shelf.

Hobart Building
The Hobart is a 285’ skyscraper built in 1914 that displays a very unique shape and stunning baroque ornamentation. This building only took 11 months to complete and stood as the second tallest in the city behind the once beautiful Call Building. Our models include a 1”=75’, 1”=100’ and a 1”=150’ scale replicas.

Shell Building
The art deco Shell Building was built in 1929 and stands 378’ tall. This was home to the Shell Oil Company until the 1960’s. The Shell is decorated with elaborate ornamentation on its exterior as well as the interior where it flows through a two-story mezzanine lobby. This model is replicated in the 1”=100’ and a 1”=150’ scales.

PacBell Building
Originally known as the Pacific Telephone Building, PacBell is considered as San Francisco’s first major skyscraper. This Neo-gothic tower stands at 435’ to its roof and was completed in 1925 as the city’s tallest. This model is replicated in the 1”=100’ and a 1”=150’ scales. 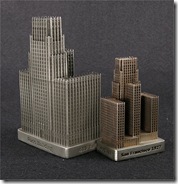 Russ Building
Two years after PacBell was built, the Russ Building was completed and stood at the same height. Today the Russ is hard to spot because skyscrapers surround it, leaving a once prominent building hidden within the city. This model is replicated in the 1”=100’ and a 1”=150’ scales.

Ferry Building
The Ferry Building was built in 1898 and survived the 1906 earthquake due to its massive steel frame. The Ferry was once one of the busiest transportation hubs in the world. This 245’ clock tower now stands as a San Franciscan icon that has survived the test of time. This model is replicated in the 1”=100’ and a 1”=150’ scales. 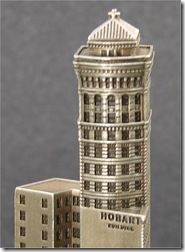 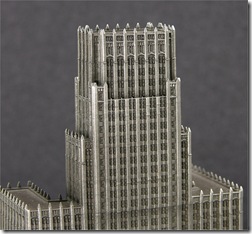 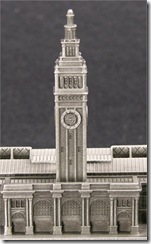 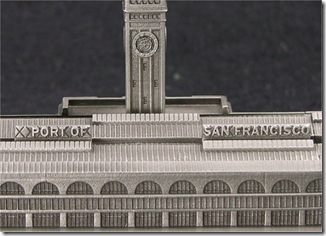 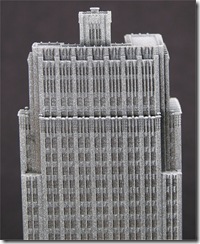 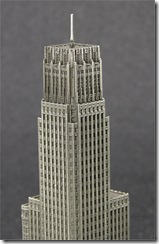